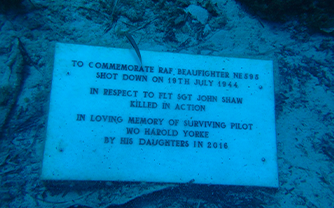 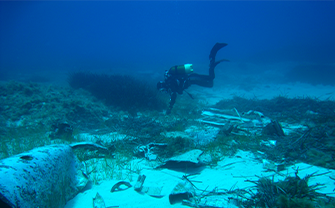 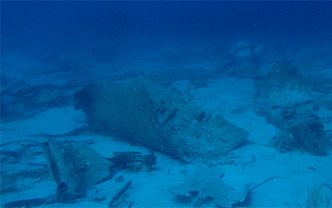 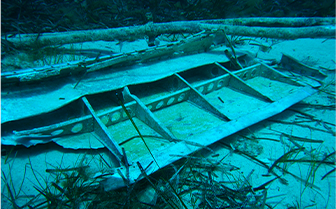 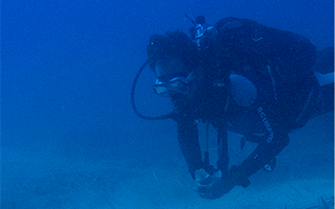 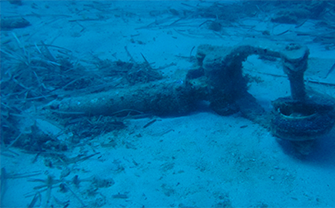 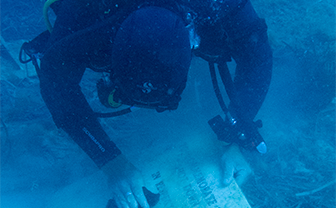 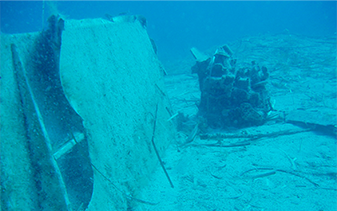 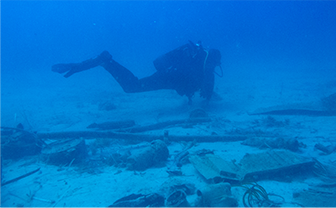 Visit the study and modelisation of the Beaufighter site

Remains of a Bristol Beaufither, an English war plane that was shot by the German during world war II. The plane crashed in the sea, half mile from the shore. The navigator, Flight Sergent Shaw was killed, but the pilot, Flight Sergent Yorke managed to get off the plane and swim back to the shore. He was then captured by the Germans. In the 60’s the plane was dragged closer to the shore and dynamited by locals in order to recover the metal. Many parts of the plane are still underwater and in 1999 we were authorized by the British authorities to dive the wreck and recover pieces for a display in the Fiskardo’s Museum.

We then carry on our reseach about the plane and the surviving pilot. To learn more about it, please click on the links below.